The Helios Centre has been an active participant in the debates surrounding the Site C Hydroelectric Project in B.C. since 2014, when Philip Raphals provided expert testimony on the need for and alternatives to the Federal/Provincial Joint Review Panel, on behalf of the Treaty 8 Tribal Association.

Despite the serious reservations announced by the JRP in their report, the BC government authorized the project in December 2014, and construction began the following summer.

In April 2017, Mr. Raphals and Rick Hendriks coauthored a report on behalf of UBC’s Programme on Water Governance (PWG) which reviewed the justification for the project in light of then-current circumstances (LINK).  It recommended that construction be suspended while the BC Utilities Commission carried out a detailed review of the project.

In August 2017, the new NDP government mandated the BCUC to carry out such a review (OIC 244) (LINK), under an accelerated timeline.  It did not however suspend construction, which continued to advance as the review took place. Later that month, the PWG group filed a new report with the BCUC, which drew attention to a key element in the project’s justification: the treatment of the Canadian Entitlement under the Columbia River Treaty.  While this energy is in fact generated with water from BC reservoirs, because it is generated in the US BC Hydro treated it as an import. Under the self-sufficiency requirement of BC’s Clean Energy Act, intended to prevent BC from meeting its needs by importing cheap US power generated with fossil fuels, BC Hydro judged that it could not take this energy into account in meeting BC’s future needs.  The report recommended that the Government enact a regulation allowing BC Hydro to take its entitlement under the Columbia River Treaty into account in its energy and capacity planning, which would result in much lower resource costs (LINK).

In October 2017, the group produced an updated present value cost analysis of the Site C Project (LINK).  The study found that, using BC Hydro’s then current cost estimates, it would have been economically preferable (though only by a small amount) to terminate the project rather than completing it, despite the then sunk costs of $2.1 billion and the expected termination and remediation costs of $1 billion.  However, in “high range” of cost overruns (according to the estimates of the day), with a final cost of $11.1 billion, there would have been a marked preference for termination.

The PWG group produced several additional reports during the BCUC review, and were cited more often than any other hearing participant in the BCUC’s final report.  While the BCUC did not make a clear recommendation to government, its report did identify an Illustrative Alternative Portfolio, with lower costs than completing the Site C Project, under likely conditions. The BCUC report cited the PWG submissions more often than those of any other intervenor.

The BC Government chose to proceed with the Site C Project.  However, calls for suspension or termination have again been heard in recent months, as it became known that serious geotechnical problems would lead to further dramatic cost increases, beyond the currently acknowledged level, now approaching $11 billion (LINK to Narwhal). 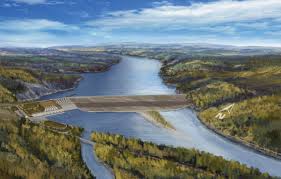 Need for, Purpose of and Alternatives to the Site C Hydroelectric Project

Comments in Response to Affidavit #2 by Michael Savidant

Site C: It’s not too late to hit pause

Reassessing the Need for Site C

Submission to the BCUC regarding the Site C Hydroelectric Project,

Alternative Portfolios with regard to the Site C Project (spreadsheet)

Comments on the Commission’s Draft Alternative Portfolio to Site C

Alternative Portfolios with regard to the Site C Project