The enormous power demand from bitcoin mining has become  a major issue for the power systems of both the Quebec and Newfoundland and Labrador (NL).  The Helios Centre has played an important role in this debate in both these provinces.

In Quebec, after years of urging data centres to relocate to Quebec to take advantage of cold temperatures and low power prices, in 2018 Hydro-Quebec suddenly found itself facing applications from bitcoin miners for thousands of megawatts – far more power than it could provide without major new investments in both generation and transmission. In response, the Quebec government ordered the Régie de l’énergie to create a dedicated rate class for these customers, and to create a block of power for them which would, among other things, maximize revenues for Hydro-Québec.

This launched a series of hearings, which are still going on today.  HQ initially proposed a kind of rate auction, where bitcoin miners would have to bid the prices they were willing to pay, starting at 1¢/kWh above regular rates. The Régie rejected this proposal, however, as inconsistent with general ratemaking principles.  Instead, it created a 300-MW block of power, to be allotted through a call for proposals, based on criteria including number of jobs created per MW and usage of waste heat.

Surprisingly, only 30 MW were allocated through this process.  The Régie then asked HQ to propose a mechanism to allocate the remaining 270 MW in the block, or to request that it be reduced. HQ suggests that these MW simply be allocated on a first-come first-served basis, with no economic or environmental selection criteria.

During these proceedings, the Helios Centre evidence explored the implications of these new loads on HQ Distribution’s supply and cost of service.  Other low-cost regions faced with the sudden arrival of large bitcoin loads have established regulatory practices to ensure that the additional costs and risks that they create are not borne by existing customers, and we sought to have such mechanisms implemented in Quebec.  The issue is especially acute in Quebec because of the structure of the “patrimonial contract”, which requires HQD to purchase power from the US or from HQP, often at very high prices, in hours when it suspects that it would otherwise exceed its allotment of patrimonial power.

Unfortunately, either HQ nor the Régie appears to have taken these additional costs into account.  The Régie is currently deliberating on HQD’s “first-come first-served” approach.

In Labrador, the issues are somewhat different.  Labrador power rates are very low – even lower than Quebec’s – but there is virtually no additional capacity available on the  transmission system. As a result, the addition of even a few dozen MW of bitcoin mining obliged Newfoundland and Labrador Hydro (NLH) to propose transmission upgrades which – given the small number of customers served – translated into substantial rate increases. The fact that these rate increases were being driven by bitcoin miners only became apparent as a result of our efforts, in the 2017 rate case.

Unfortunately, neither NLH nor the NL Public Utilities Board (PUB) has shown any interest in creating a distinct rate class for cryptocurrency mining.  This measure, undertaken not only in Quebec but also in low-cost jurisdictions in the states of New York and Washington, takes into account the unique risks to ratepayers that would result from building new infrastructure to serve an industry with a very uncertain future, and enables regulators to fairly apportion costs and risks.

Instead, the Board adopted our recommendation to put in place a Network Addition Policy, which ensures that new users that make such upgrades necessary are required to pay for them.  At the same time, it had to create exemptions to this policy, to ensure that it doesn’t make it impossible for societally important developments – ranging from hospitals to office buildings to shopping centres – to proceed.

This is a step forward, but a very partial one, which doesn’t address the issue of power supply.  The reason power rates are so low in Labrador it that it relies on the 300 MW of “recall power” allotted to it from the xxxx-MW Churchill Falls project – the rest of which is bought by Hydro-Québec.  If that allotment becomes fully subscribed due to bitcoin mining, Labrador will have to turn to much more expensive power sources, which of course would have important impacts on local rates.  These issues have yet to be addressed by NLH and by the NLPUB. 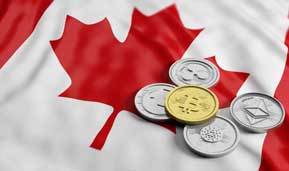 Comments on the 2017 General Rate Application of Newfoundland Labrador Hydro