First Nations across Canada have been and continue to be profoundly affected by energy projects, and in particular by large hydropower projects.  Since its founding, the Helios Centre has had the opportunity to contribute to many of these debates.

In a sense, the Helios Centre was born of the conflicts surrounding the Great Whale Project, a 3,000 MW hydro project that Hydro-Québec sought to build in the early 1990s on the Great Whale River in Northern Quebec, on the frontier between the lands of the Cree and the Inuit.  Nominated by the Grand Council of the Crees, Helios co-founder Philip Raphals became Deputy Scientific Coordinator of the Great Whale Public Review Support Office, the body set up to coordinate the environmental assessments required under the James Bay and Northern Quebec Agreement (JBNQA), and other relevant legislation.

The Great Whale Project was “put on ice” in 1993, and has never been thawed.  But in its wake, the Quebec government organized a Public Debate on Energy (1995), which paved the way for the creation of the Quebec Energy Board (the Régie de l’énergie), to provide for public input in Hydro-Québec’s activities, through regulation.  While the scope of its powers were greatly reduced by Bill 116 (2000), the Régie continues to play this important role.

Over the years, the Helios Centre has played important roles in the debates around several important Canadian hydro projects, including the Eastmain 1A/Rupert Diversion project in Quebec, the Muskrat Falls Project in Labrador, and the Site C Project in British Columbia.

The Eastmain 1A/Rupert Diversion project was the last component of the La Grande Project built in the 1970s.  While the JBNQA included authorization for Eastmain-1, Hydro-Québec considered it to be uneconomic without the diversion of the Rupert River and the addition of the Eastmain 1A powerhouse.  These were accepted in principle by the Crees in the Paix des Braves, subject to environmental assessment.

In that assessment process, Philip Raphals provided expert testimony on behalf of the Cree Nations of Nemaska, Waskaganish and Chisasibi, the three communities that would be directly affected by the project. His testimony found that the project was not needed to meet Quebec’s forecast energy needs, or to ensure system reliability.  Rather, he found that the primary benefit of the project would be to increase export sales, the economic risks and benefits of which had not been fully explored. The Joint Review Panel agreed, stating that, “the anticipated environmental and social impacts will be numerous and widespread, but the impacts are definable and can be mitigated in a satisfactory manner if all of the necessary conditions are put into effect”.  However, the report was not unanimous. One member of the 3-member panel concluded that the project should not be carried out.  Jocelyne Beaudet wrote: “Given the irreversible nature of all that would be lost as a result of this project, this type of river should be included in the category of species designated as being at risk, threatened or vulnerable, and considered as such in Quebec’s system of protected areas.”  The project was commissioned in

In the Muskrat Falls Project (part of the Lower Churchill Generation Project), Philip Raphals provided expert testimony on project justification to the Joint Environmental Review Panel established by the federal and provincial governments in 2011, on behalf of Grand Riverkeeper (Labrador), a local NGO. He has also provided testimony to the Public Utilities Board review of the project (2011), on the transmission link (2012) and, much later, to the Commission of Inquiry established to determine what went wrong.  A detailed review of this work can be found here.

Site C has followed a similar path.  Mr. Raphals again provided expert testimony on project justification to the Joint Review Panel, this time on behalf of the Treaty 8 Tribal Association (2014).  Despite a highly critical report that called into question the project justification, the BC government authorized the project in 2016.  Two years later, partly in response to “Reassessing the Need for Site C”, an analysis carried out by the Helios Centre together with the Program on Water Governance at the University of British Columbia, the new government asked the BC Utilities Commission to review the need for the project.  The Helios Centre contributed several studies to this process.  While the BCUC final report cast considerable doubt on the economic justification for the project, the BC government chose to allow it to continue.  A detailed review of this work can be found here.

The Helios Centre has also assisted First Nations in Manitoba and in Labrador to ensure that their voices are heard in the regulatory process.  In Manitoba, the Helios testimony led the Public Utilities Board to establish a First Nations On-Reserve Residential rate class, to protect reserve residents from the rate increase applied elsewhere in the province. 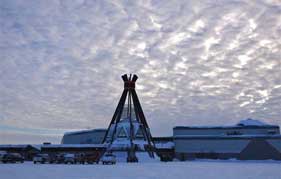 Eastmain 1A/Rupert Diversion Project: Report on the Conformity of the Environmental Impact Statement

Comments on the Justification of the Eastmain-1-A / Rupert Diversion Project.

Philip Raphals (2006)
for Cree Nations of Nemaska, Waskaganish and Chisasibi

Comments on the Proposed Justification of the Lower Churchill Project

Need for, Purpose of and Alternatives to the Site C Hydroelectric Project

Comments on the 2013 General Rate Application of Newfoundland Labrador Hydro

Comments in Response to Affidavit #2 by Michael Savidant

Site C: It’s not too late to hit pause

Reassessing the Need for Site C

Submission to the BCUC regarding the Site C Hydroelectric Project,

Alternative Portfolios with regard to the Site C Project (spreadsheet)

Comments on the Commission’s Draft Alternative Portfolio to Site C

Alternative Portfolios with regard to the Site C Project